You know when you hear a morsel of truth and all you can do is slap the nearest desk and say, “Yes! YES!”?

That recently happened to me when I ran across this quote by Madeleine L’Engle:

“Those who believe they believe in God, but without passion in the heart, without anguish of mind, without uncertainty, without doubt, and even at times without despair, believe only in the idea of God and not in God himself.” 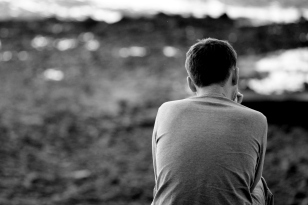 Is it just me or does that quote make you also think of Jacob and how he wrestled with God (Genesis 32: 24-28)? The story has always intrigued me, probably because I’ve struggled with God for as long as I can remember. In this path of faith, I do my best to follow, but it’s hard, it doesn’t always make sense, and I crave more answers than I’m given. While I know there’s no other way, it’s still an uphill climb. But I know I walk closer to God because of it.

Lately, I participated in NaNoWriMo (National Novel Writing Month, in which writers challenge themselves to write a 50,000-word first draft of a novel before December 1.) It wasn’t easy. In fact, some days were downright miserable and I nearly gave up once or twice. But I also saw highs and parts of myself I’d forgotten existed. It was a struggle, but it wasn’t in vain.

As much as I’m not a fighter and as much as I wish I could rest in God’s love effortlessly or bat out manuscripts with a smile on my face and not tears, I wouldn’t trade the results of the struggles. I’d rather limp like Jacob. Not so that I could show off my scars or get sympathy, but so that all I am and all I do would be genuine.

Do you agree? How have struggles made you stronger?

My passion is storytelling and helping writers bring their voice to a world that needs their words. View more posts

4 thoughts on “Embracing the Struggle”